Currently, there have a couple of million Windows users. So I thought, let’s share some more new Windows apps for everyone, which I personally use every day. In this list of apps, I must ignore popular apps, such as Google Chrome, Mozilla Firefox, or VLC Player. I’m going to talk about some of the apps that very few Windows users know about. However, without further I do, let’s talk about what you clicked on the post to find out.

Although Microsoft has been able to modernize the design of most parts of their Windows 10 operating system, it still retains the Windows Explorer interface the same as the previous Windows 7. Although the design of Windows’s default File Explorer is not a bad one, it is quite outdated. However, if you want to use File Explorer in the modern fluent design language, you can use this third-party file manager app called Files UWP (Preview). There is no need to say anything about this app. If you see the user interface, you will understand why you want to use this app. 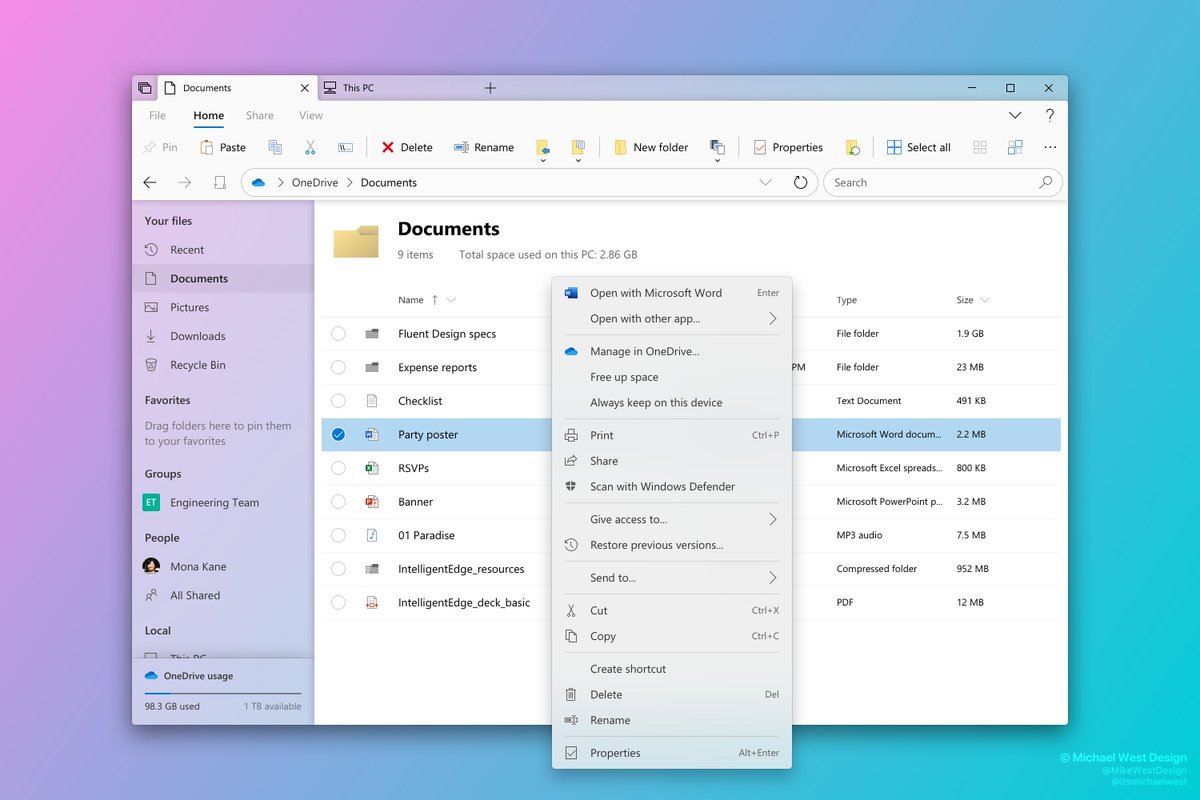 In addition to the modern user interface, this app also has no shortage of features. In this app you will find almost all the features of the default Windows file manager except translucent sidebar and dark mode. From file cut, copy, paste to zip file extract, file rename, delete, view properties, you will find all kinds of features in this third party file app. In the future Microsoft will redesign their file manager and their new design is going to be a lot like this file app. So you can also use this app to get used to the new design language. 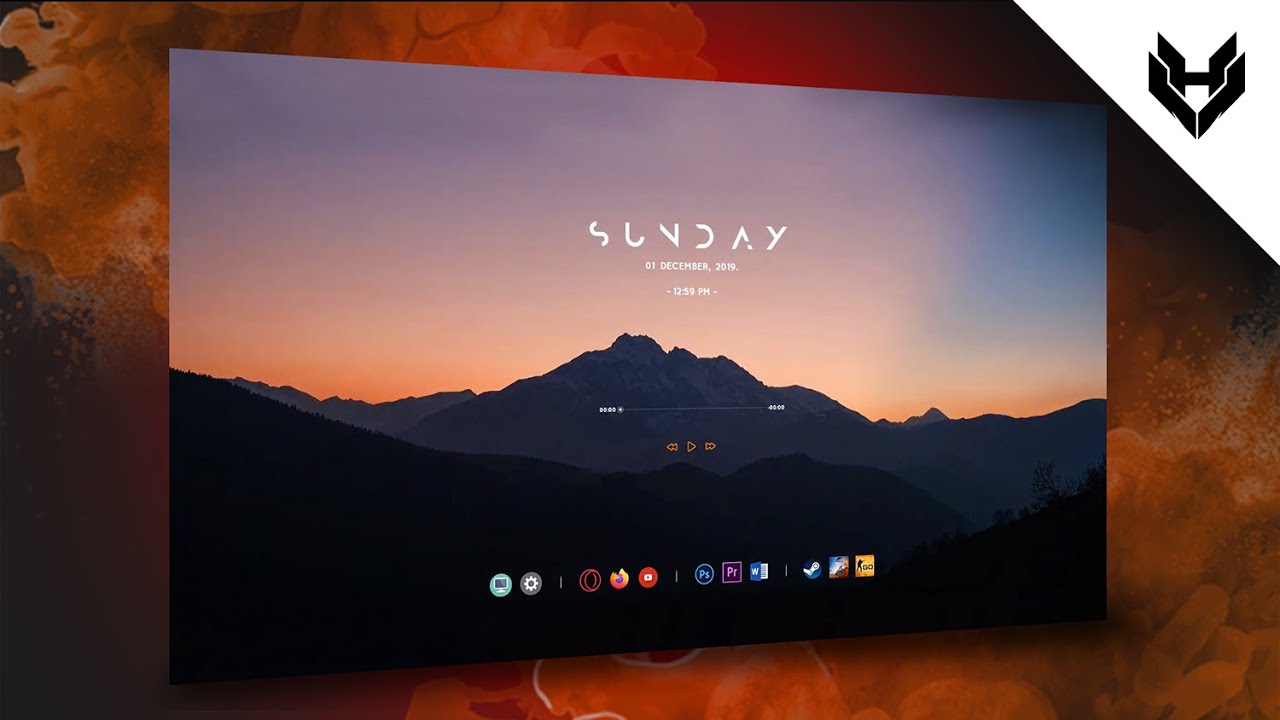 A developer named Chris Andriessen has managed to bring this modern taskbar of Windows 10X to regular Windows 10 using this Taskbar X app. Using the Taskbar X app, you can give your boring taskbar a new look. In addition to placing icons like Windows 10X in the center of the taskbar, you can also set the taskbar transparency to your liking by using this app. This app is one of the best among the customization apps of Windows 10.

As you can see from the name, this is Microsoft’s own Windows app. In other words, in the future, the feature of this app may be given natively in Windows 10. This app basically brings you system level spotlight search functionality like MacOS in Windows 10. There is another third party electron app called Ueli for this same purpose, which we wrote about earlier here. However, being Microsoft’s own app, it is much more reliable than any third party app. Using this app, you can open any app or any file you have installed by clicking Alt + Space from the desktop with one click. In this case, you do not need to leave all the app icons on the desktop. This will keep your desktop screen much cleaner. 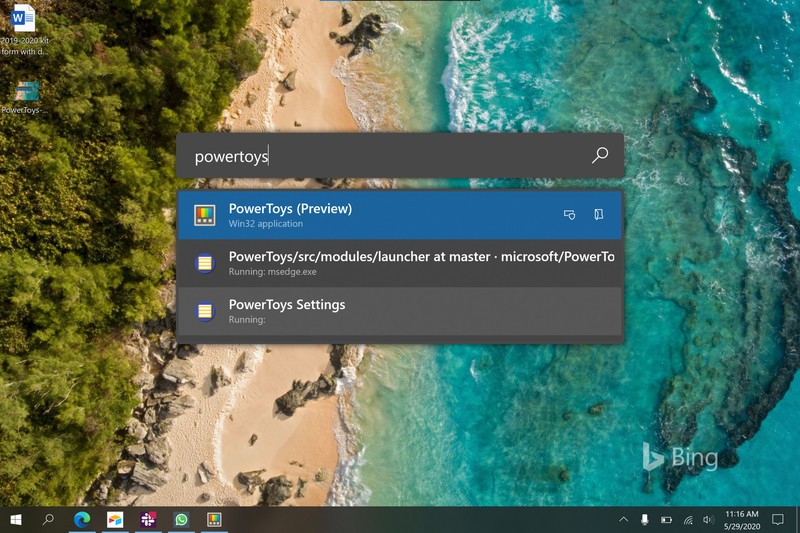 Not just Spotlight Search, you will find many more small features and functionality using the Microsoft PowerToys app. For example, using a calculator from spotlight search, copying the hex / RGB color code of that place with one click from any part of the desktop, etc. You will get many more such features with this app, which will make your Windows experience easier and hassle free as a user. You can customize all these features using the app’s dashboard.

If you’ve been a privacy-conscious person, this app is perfect for you. This app is a small free tool for privacy freaks, but extremely powerful. This app will give you just a straight forward dashboard, where you can turn on / off all the settings of Windows 10 which may be a threat to your privacy. In a few columns in the dashboard of this app, you will find a number of privacy related settings, which are designed to be easily understood by any type of user. 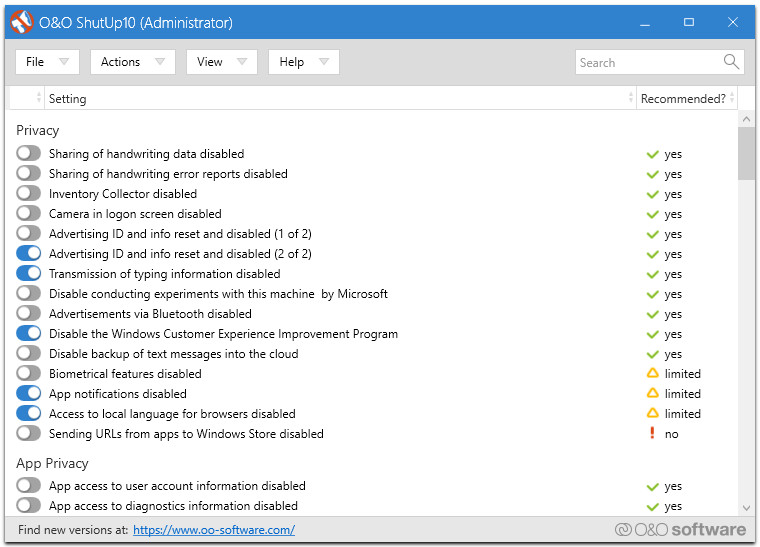 From here, you can disable the settings you want to turn off using the toggle switch with one click and then enable it again with one click if you want. For example, you can use this 1.3 MB portable app to turn off your Advertising ID, Biometric Feature, User Activity Tracking, User Behavior Tracking, etc., about 100+ such features at Microsoft.

From the name you can understand what kind of app or tool it is. Yes, there are many types of third party apps for viewing realtime internet speeds in the taskbar. For example, DU Meter is very popular for watching real time traffic. However, I personally prefer this app called Traffic Monitor. It is better to say a small tool than an app. Because, this is not a traditional app that you need to install. Rather it is a free portable tool smaller than a few MB in size, which works better than many other internet speed monitors.

And since it is 100% free, you will not be asked to purchase it again and again like DU Meter while using this app. Not only internet speed, you can also display many more information in the taskbar by making your desired settings from the dashboard of this app. The best thing about this app is its customization capability. You can customize everything from font size, color, font weight, custom font family to your liking. For those who use DU Meter, I would suggest them all to switch to this app. You can try, do not be disappointed!

So, these are the apps which I’ve told you to share with everyone. Use them and enjoy. Thank me later. Windows Safe Mode : How To Use it & When To Use it?